In an article covering the news, by Yoree Koh (@yoreekoh) of the Wall Street Journal, she says, “Computer science has been recognized as important an academic subject as math and English, potentially introducing it into more classrooms across the U.S.”

Non-profit Code.org sees this as the government’s recognition that computer science should be a core part of every school’s mission and places it on a level playing field with other subjects. Code.org COO Cameron Wilson wrote, “In the United States, education is driven by the local governments, not the federal government. “But this move at the federal level is a big step towards our long-term vision: that every student in every school deserves the opportunity to learn computer science.” 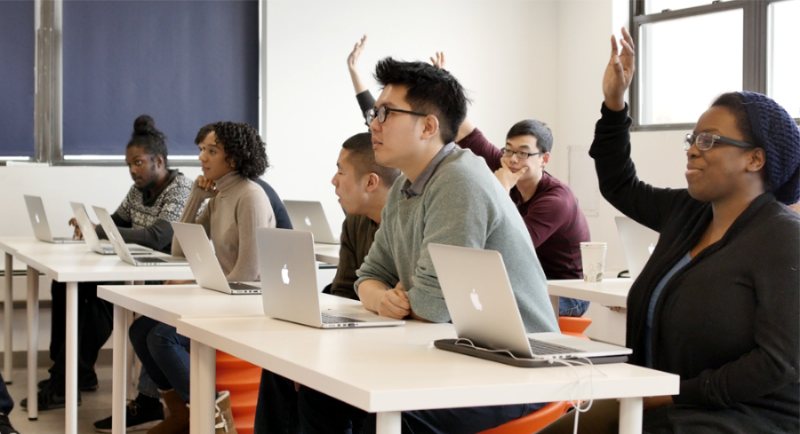 The inclusion of computer science into law is more than just semantics. It is a milestone moment for computer science. The earlier someone can start learning coding, the better. Initiatives for expanding computer science education have seen much success recently. At Hack Reactor, we are committed to bringing our data-driven educational programs and rapid-iteration teaching style to high-need labor markets across America. Last year, we became a founding partner of The White House’s TechHire initiative to create pathways to better, well-paying tech jobs and meet urgent employer demand across the United States. Our first two TechHire initiatives are already enrolling students and creating opportunities in Oakland and New Orleans for substantial public benefit.

Are you an aspiring engineer ready to propel your career to the next level? Apply to any program in our network today.

4 Critical Factors to Help You Decide on a Coding Bootcamp